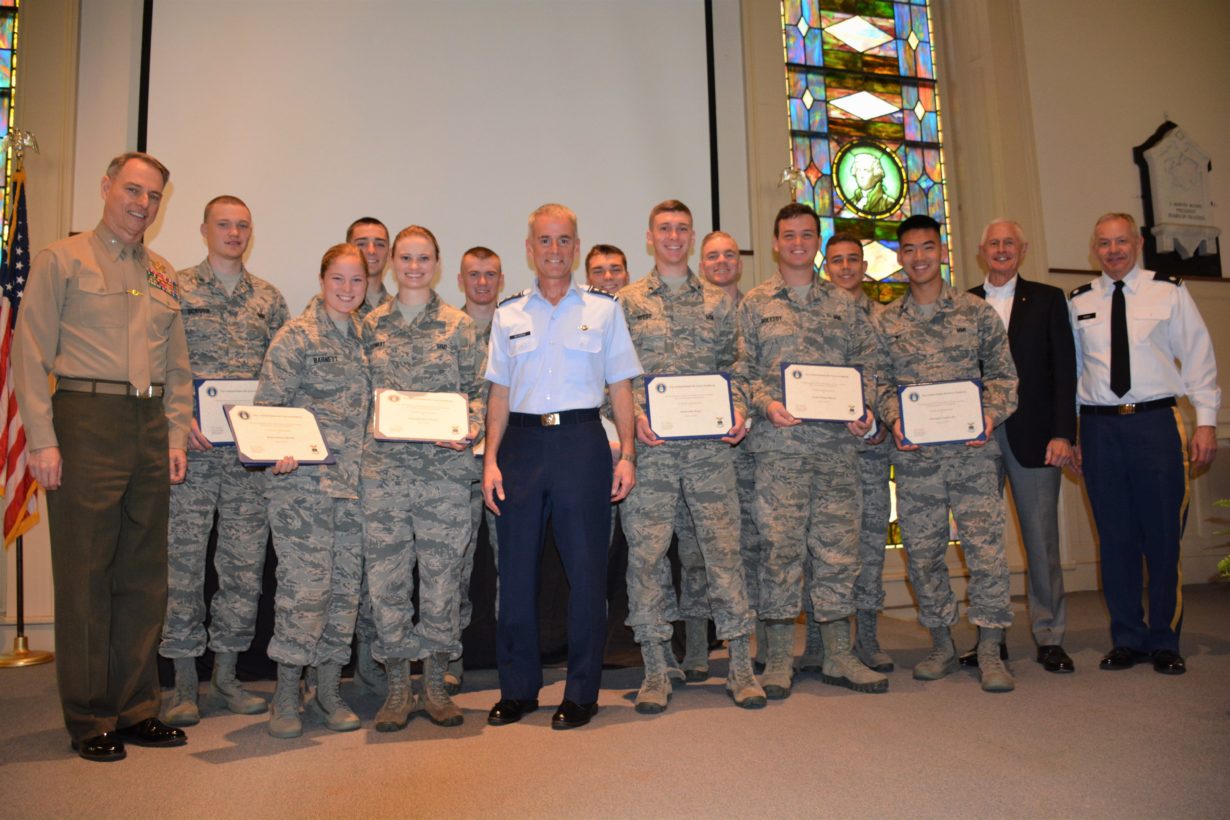 On Tuesday, Feb. 27, MMI was honored to host U.S. Air Force Academy (USAFA)Superintendent Lt Gen Jay Silveria, who awarded USAFA appointments to 11 MMI cadets. During his speech to the Corps, he discussed a critical moment in the pilot's seat during his 32-year Air Force career and later emphasized the service's core values: "Integrity First, Service Before Self, and Excellence in All We Do." Accompanying him for this special appearance was Lt Gen Jay Kelley, President of the USAFA Falcon Foundation. Those who received appointments are enrolled in MMI's Service Academy Program, a one-year program designed for transfer to all five U.S. Service Academies: West Point, Coast Guard, Air Force, Naval, and Merchant Marine.
<< Previous Back to News Next >>
News