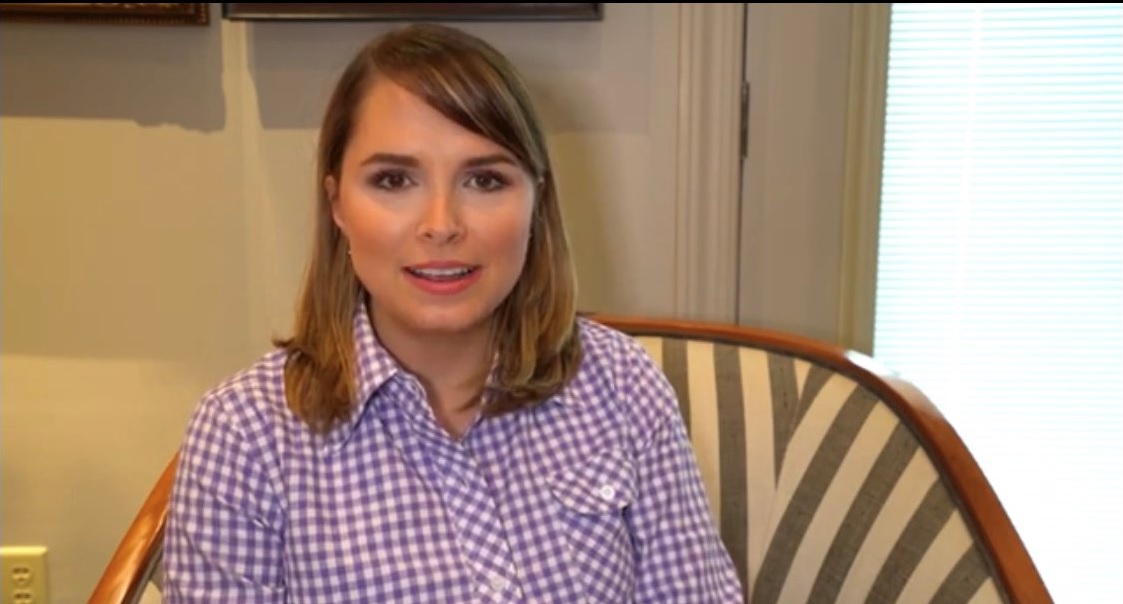 Lindsay Rane Carter, Attorney & Director of External Affairs for Great Southern Wood Preserving, delivered a congratulatory and heartfelt message to MMI Cadets finishing their academic year. She would have been a distinguished speaker to the Corps in Spring 2020 before COVID-19 caused the campus to close. Shared advice: "Don't be afraid to be vulnerable. ... Find those things that anchor you." Her suggested reading material for these college students was Atomic Habits. We certainly appreciate Lindsay's steady support of the #MarionMade mission!
Lindsay Rane Carter began her professional career with Great Southern in 2012 when she began working as an assistant in the corporate legal department in Abbeville. At that time, she also began to pursue a Juris Doctor degree from Faulkner University’s Thomas Goode Jones School of Law in Montgomery. Following her 2016 graduation, Lindsay was named Associate In-House Counsel at Great Southern. In 2019, she was promoted to Director of External Affairs. In this role, she works as an attorney while also overseeing government affairs interests at the local, state and national level. In addition, she manages the security department and provides oversight for social media activities. Lindsay is a 2010 graduate of Auburn University, where she was a member of the Auburn Equestrian Team. She also attended the Families in Business Executive Education Program at the Harvard Business School.
<< Previous Back to News Next >>
News