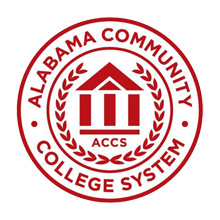 Celebrating the 10th Anniversary of MMI in the ACCS On Thursday, October 13, Marion Military Institute (MMI), established in 1842, celebrated 10 years as a member of the Alabama Community College System (ACCS). The theme of the day was recognizing statewide partners who ensured that the school made a smooth transition from private to public institution. The piece of legislation that formally authorized MMI’s entry into the ACCS was Senate Bill 364, which became law with the signature of then Governor Bob Riley on March 13, 2006. The bill had two primary sponsors (former Sen. Jim Preuitt of Talladega and Rep. Richard Lindsey of Centre) and three co-sponsors (Sen. Hank Sanders of Selma, Sen. Bobby Singleton of Greensboro, and former Sen. Lowell Barron of Jackson County). Honored guests attending a catered luncheon at the Robinson Excess House on campus included ACCS staff, state senators and representatives—including Speaker of the House Rep. Mac McCutcheon, and members of the MMI Board of Trustees & Advisors, Presidential Advisory Council members and Alumni Brigade Board. During an afternoon ceremony in the historic MMI Chapel (1857), the audience first viewed a slideshow of cadet life from 2006-2016. Mrs. Suzanne McKee, Vice President for Advancement, introduced the program as a way to honor the state legislature responsible for MMI becoming part of the two-year college system. She described significant moments in school history, including the graduation of the last high school class in May 2009. McKee then asked Mr. Jimmy Baker, acting chancellor of the Alabama Community College System, to take the podium. Facing a chapel full of MMI college cadets, faculty and staff, he said, “I look across this audience and see people who have a purpose in life, who understand the value of rules and regulations and who appreciates leadership. In today’s age, I wish you could turn the TV off and watch these students--it would be rewarding. I appreciate what you are doing; the Board of Trustees at the Alabama Community College is proud of what happens at this school.” Next to address the audience was MMI Chairman of the Board of Trustees & Advisors, Mr. Dean Mooty, an attorney in Montgomery. He first thanked his friend and former state senator Mr. Noopie Cosby of Selma for having the original idea—and perseverance—to bring their alma mater into the ACCS. He then praised the school leadership and thanked the state for its commitment to the historic Institute. “Enjoy today. This is all about the Cadet Corps. It always has been, always will be,” Mooty concluded. Next, MMI President Col. David J. Mollahan, USMC (Ret) took the podium to emphasize the transformation MMI has seen since becoming a publicly funded college in 2006: new revenue streams, climbing enrollment, campus modernization, improved operations and system-level capabilities. Rep. Lindsey and Sen. Preuitt, official honorees of the 10th anniversary were then invited onstage by Col. Mollahan to accept a commemorative plaque honoring their commitment to MMI. Each gave remarks on the legislative process a decade ago that ushered MMI into the ACCS. They were both impressed by the continued student success coming from Marion. Following the ceremony, Cadet Battalion Commander Rylee called the cadets to attention and instructed them to prepare for the full-dress parade. All members of the Alabama legislature were invited to stand for the pass in review—featuring more than 400 students in Class A uniforms.
<< Previous Back to News Next >>
News