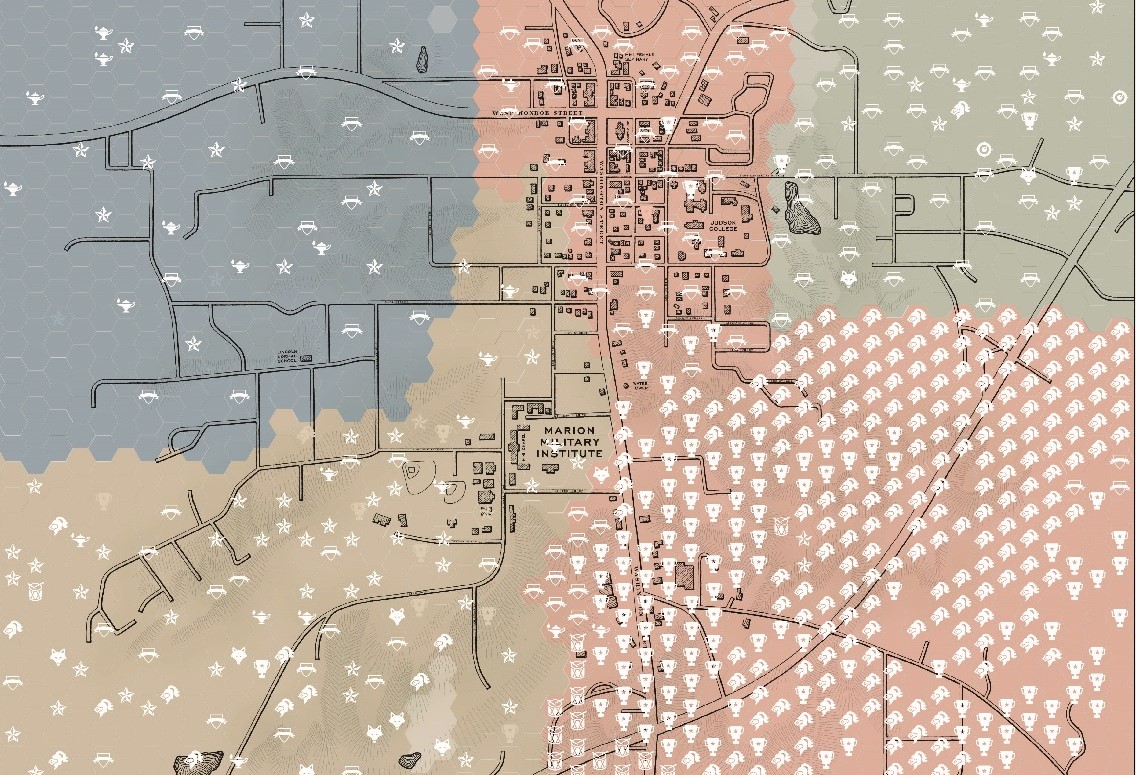 On Nov. 30, the MMI Foundation declared a victory in Operation MMI: Call to Arms, when year-to-date annual gifts totaled $537,346.

The fundraising competition divided supporters into teams, by alumni class year decades as well as friends, parents and patrons of the college. Each team was tracked on an interactive map of Marion, where teams competed to gain territory with donations. Winning the contest with more than double the runner-up was the Parents & Patrons Militia aka "Iron Shield," amassing a stunning $280,770 in donations. Leading the alumni units was the Solid 68th BN "Gamechangers," alumni from the '60s and '80s, who secured $101,522 in team gifts. The Fighting 452nd BN "Murfee's Marauders" and Steely 79th BN "Visioneers" each did their part to surpass the collective annual giving goal of $400,000.

Dec. 1, 2016 marks a reset to the fundraising competition as our faithful teams move into the 2016-17 training phase "Vigilant Victory." Let's see who is the most fiscally fit! Year-end gifts will be applied to the Operation MMI collective total and are tax-deductible.