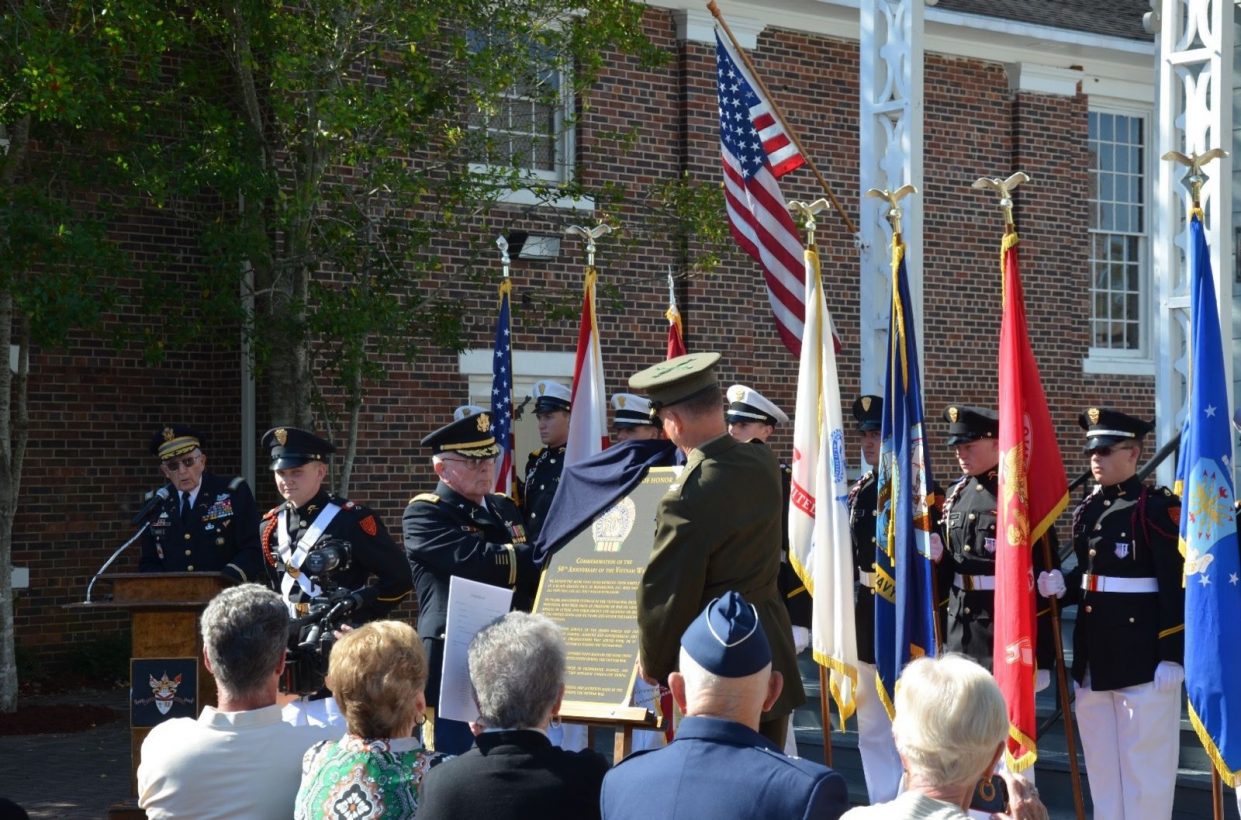 On Friday, Oct. 28, the Alabama Military Hall of Honor (located on the Marion Military Institute campus) hosted a Vietnam War 50th Commemoration. The 10:30 ceremony was attended by more than 100 guests, including many Vietnam veterans. Hall of Honor Director COL John Gibler, USA (Ret), who served as a battalion commander during the Tet Offensive, welcomed the audience gathered. MMI President Col. David J. Mollahan, USMC (Ret), then gave remarks on the war's historical significance, its noble cause and the collective sacrifices made by U.S. armed forces: Col. Mollahan also alluded to the anti-war sentiment and disrespect shown to our men and women in uniform during that era: “Through it all, our military continued to do the mission its country had given it. Our servicemen and women still did their duty, just as they have always done. Despite the eventual unpopularity of the Vietnam War, despite the insults, despite the sometimes irrational hate, our servicemen and women still risked their lives for their country and each other. They still performed acts of eye-watering heroism.” At the conclusion of his speech, Vietnam veteran LTC Joe Berry, USA (Ret) helped Col. Mollahan unveil a replica of the commemorative bronze plaque, which will be permanently displayed in the Hall of Honor museum. Guests were then invited to watch a Corps of Cadets parade in honor of all Vietnam veterans. A catered luncheon in the Ireland Athletic Center followed. As an official partner of the Department of Defense’s Vietnam War 50th Commemoration (2012-2025), MMI hosted a guest speaker on Monday, Oct. 24 in advance of Friday’s ceremony. Former marine Lt. Clebe McClary—who underwent 41 operations after being severely wounded during a reconnaissance mission in Vietnam—spoke to the Corps of Cadets about maintaining a positive attitude even through personal suffering. Montgomery Advertiser Coverage  WSFA Coverage
<< Previous Back to News Next >>
News