Bob Geddie ’70 announced as Alumnus of the Year 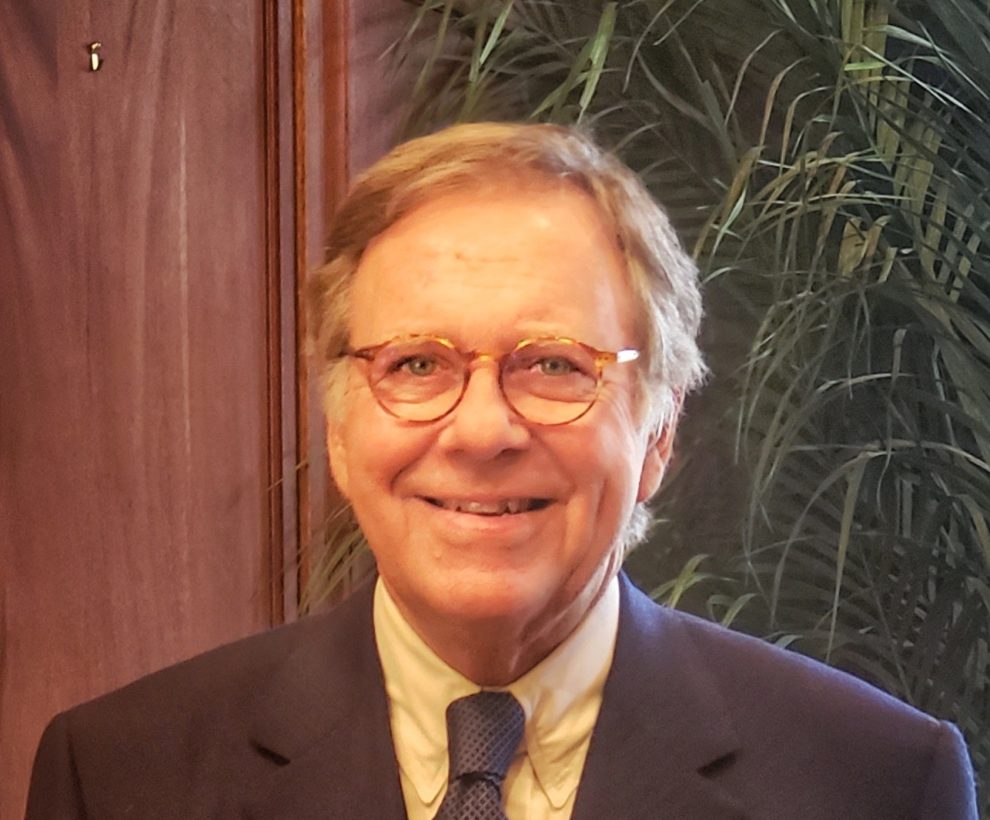 Bob Geddie, a native of Elmore County, Ala., graduated from MMI’s junior college in 1970 and earned his BA from Auburn University. Recalling his time as a cadet, he mentions memorable MMI staffers such as James Jackson, Stuart Harris, James Woodfin, Christopher Boner and Fernando Fernandez. “James Waters was one of my favorite people,” he says of the late MMI chaplain. “In those years, we spent a lot of time with the instructors—eating dinner at their homes and interacting with their families.”   Since entering the workforce, Geddie has enjoyed a career in politics and government affairs. He initially joined U.S. Senator John Sparkman’s staff, followed by a director position with the Alabama Petroleum Council, and four years serving as a legislative liaison and executive assistant to Alabama Governor Fob James. Geddie has served on the board of the Advocacy Group, headquartered in Washington, D.C., since its founding in 1992 and was its president in 2015. Meeting several times a year, the Group is a great forum to discuss emerging issues in each state and across the country, according to Geddie.   In 1984, he and former State Senator Joe Fine formed Fine Geddie & Associates, a firm representing a cadre of blue chip corporate clients and business interests before the Alabama Legislature and various departments of state government. He appears annually on the Yellowhammer News Power & Influence 50: Alabama’s most powerful & influential lobbyists and consultants among other accolades.   A longtime member of the MMI Board of Trustees & Advisors, Geddie had followed the school’s progress in the decades since graduation and often quail hunted near Marion. It wasn’t until he got a phone call from then MMI President LTG Robert Foley, along with encouragement to serve from friends Lee Pegues and Joe McCorquodale, that he became a trustee in 2004. “Of course, we are now public and part of the community college system, and that decision was the right decision for our growth and longevity. I am proud to have been a part of the decision and transition,” he says. “When I look back at my years on the Board, I think we have preserved those things that are special. Plus, I believe we have addressed the needs of our students, faculty and administration.”   He and his wife, Susan, have two daughters, Mary Alston Geddie and Allison Lee Barcelona, and three grandchildren, Hayford Lee Barcelona, John Robert Barcelona and Margaret Louise Barcelona. His son-in-law, Nick Barcelona is Special Operations USMC and on his fourth tour of duty at present. They are active members of the First Baptist Church of Montgomery and the Montgomery Museum of Fine Arts. Loyal supporters of MMI, the Geddies have been inducted into the President’s Circle of cumulative giving as well as the J.T. Murfee Legacy Society for planned giving. “MMI has impacted my life in so many ways. I consider it my duty to give back,” he says. “I received what I needed, and while military school is not for everyone, it was certainly good for me, so I want others to have the opportunity that MMI provides. Ole Colonel Murfee must have been a genius of sorts. He modeled MMI after West Point. The discipline, the competitive environment, the physical challenges, the individual academic instruction—even the pranks—all contributed to my development and growth. I am a beneficiary of the ‘Marion Made’ experience.”
<< Previous Back to News Next >>
News